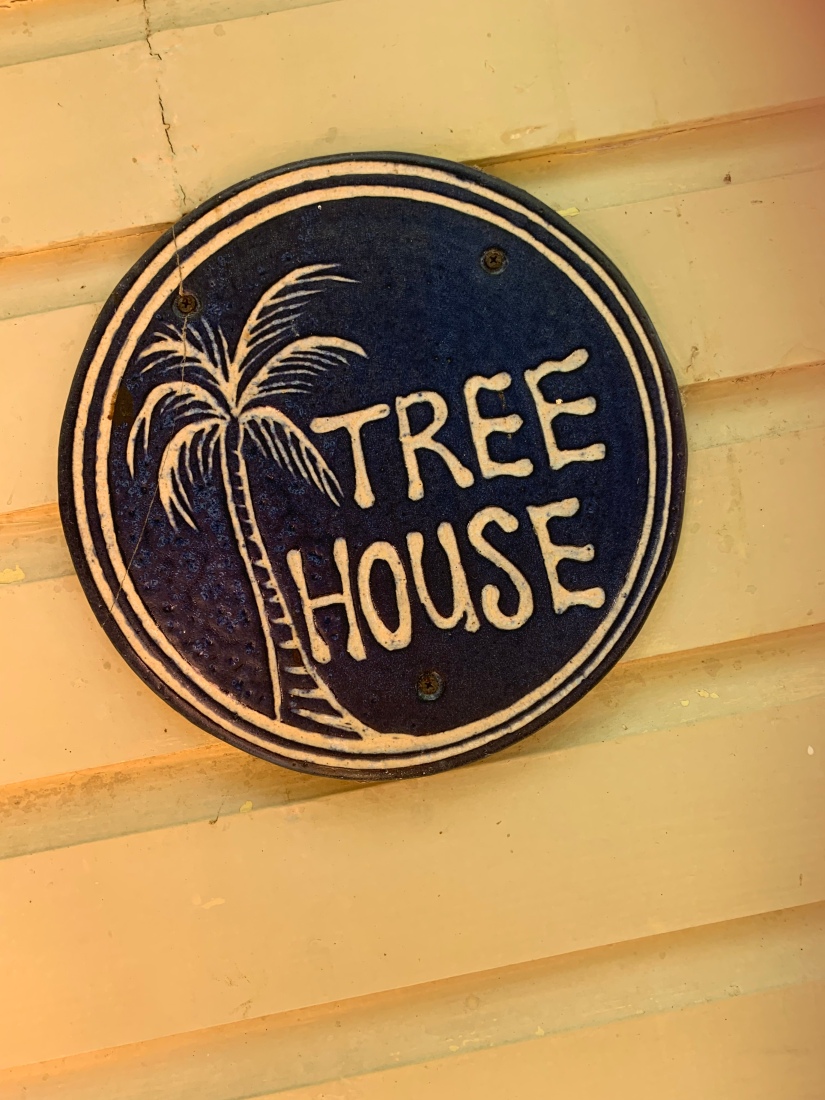 The Treehouse – aptly named, was built into a mountain side and the top of the trees was at the same level of the house. It was nestled on top of a remote mountain, so remote that we ended up passing it and getting to the top of the mountain (literally, where you just cant go no further).

A mountaintop. It was so beautiful sight. I just had to stop and take a photo . SN: I am sitting on the remnants of a dead tree (I posted this picture on instagram and someone expressed anger at dead animals – no animals were harmed in this photo I promise – although I realize that maybe me sitting on what looks like an extinct dinosaur may have killed it for real)

The road to get to The Treehouse was so steep, walking up the driveway, you are literally bent forward to push up. The beach, a mere few minutes walk down the road was a workout in itself.

The Treehouse is one of about 3 cottages of the Galley Bay cottages. It has a wooden wrap around porch where the birds literally comes to greet the new guests. Inside it was a small but spacious space with miss matched furniture. A small kitchen (no microwave), a living space with a wicker couch and a small end table, a wicker dresser with an antique mirror and a bed with a canopy made of twigs and a mosquito netting. A fan in the corner was a clear indication that we had no AC. Upon future inspection, all the doors and windows were wooden and not sealed (to let in air – but also bugs?)  No telephone, no television, no air conditioning, no microwave, no iron… interestingly though… we had WIFI. 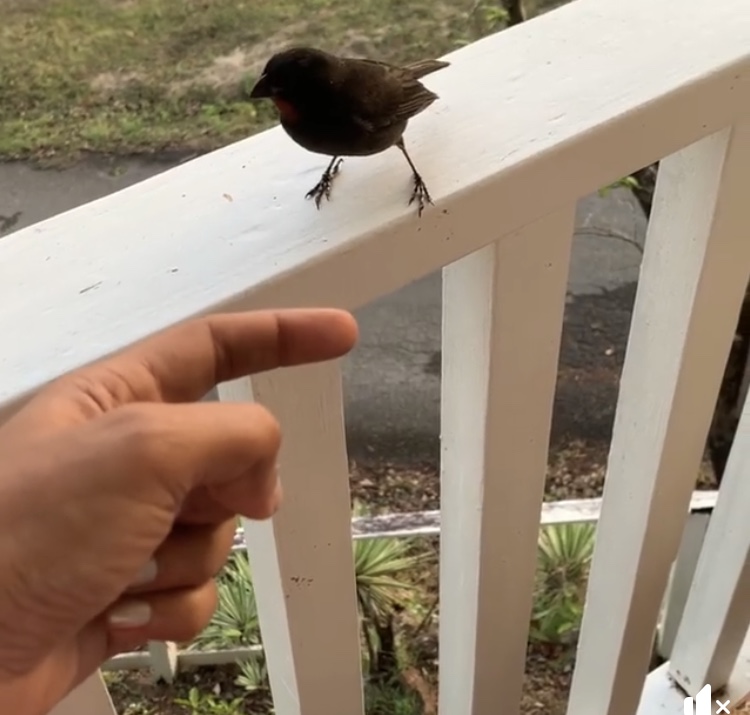 I am immediately transformed to my childhood growing up in Guyana. I rummaged through the cupboards and found all the plastic containers there was (3 cups) and filled them with water and put them inside the freezer (if you’ve ever lived without AC in the Caribbean and know that blackout is possible sometimes, you would understand this) Opened up all the windows and doors and turned on the fans and settled in.

The treehouse will be interesting to live in for the next few days but right now… this island is calling me to explore… up next Island Adventures.